'Africa in NYC' is my interpretation of African art.
A stone I once hammered and chiseled, I now chronicle
and photograph within the context of the Metropolis.
David Barish 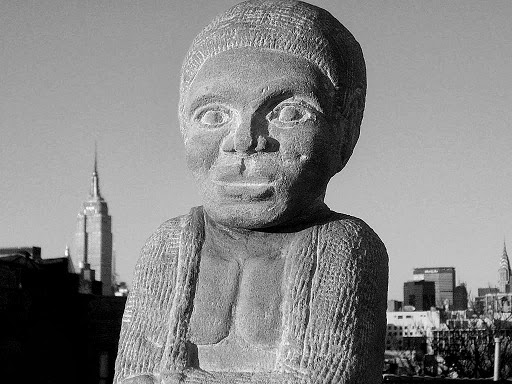 'Africa in NYC'
Is part of "The Ides of March" A Group Art Show at Tompkins Square Library.
The exhibition's closing event is Saturday, March 29th 1:30 - 4:30 PM
http://eastvillagelive-davido.blogspot.com/2014/03/the-ides-of-march-nypl-tompkins-square.html 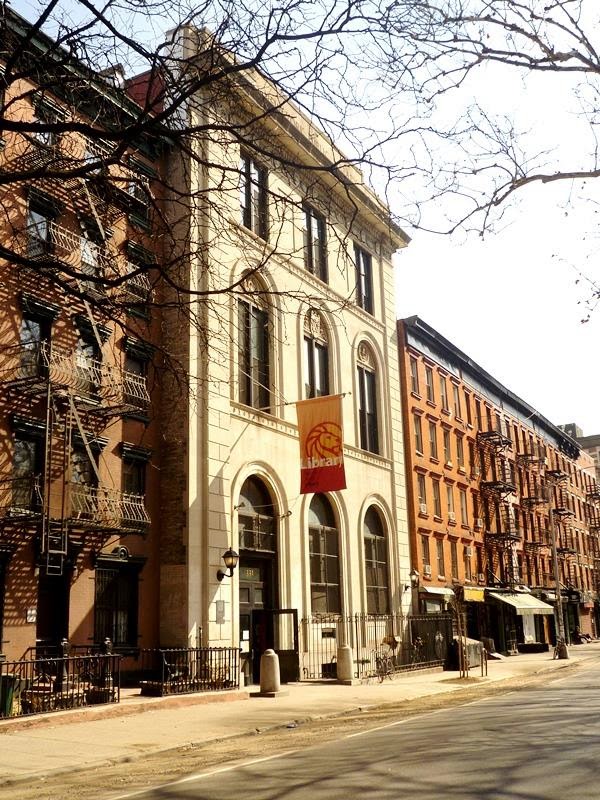 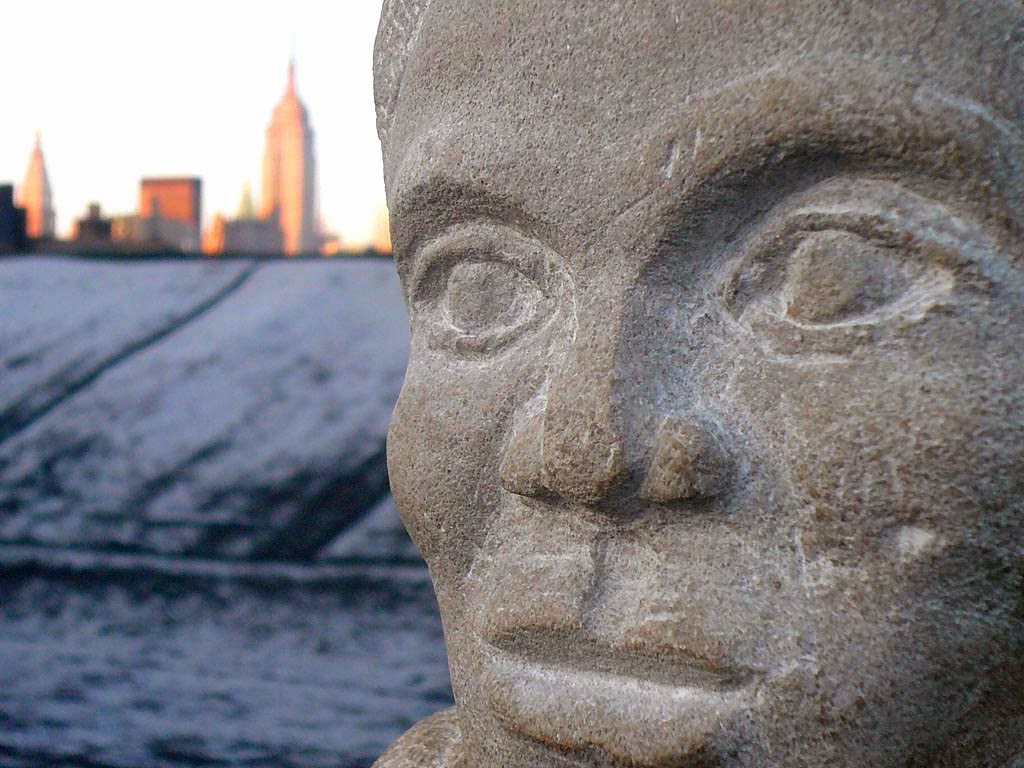 'Africa in NYC' is a work in progress about a seventy-four pound
former block of stone, 3' x 1' x 6". I began my chronicle in the fall
of September 2009. With the transitions of the coming seasons,
wind, rain, snow, light and shadows cast their effects on the
enigmatic 'Africa'. 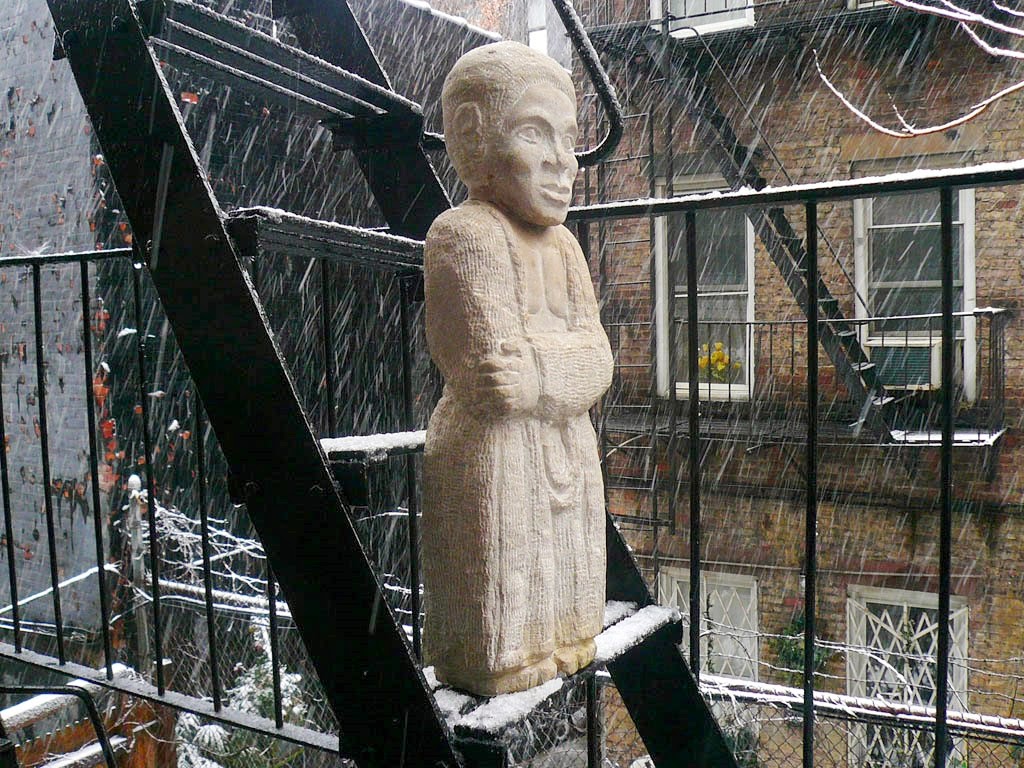 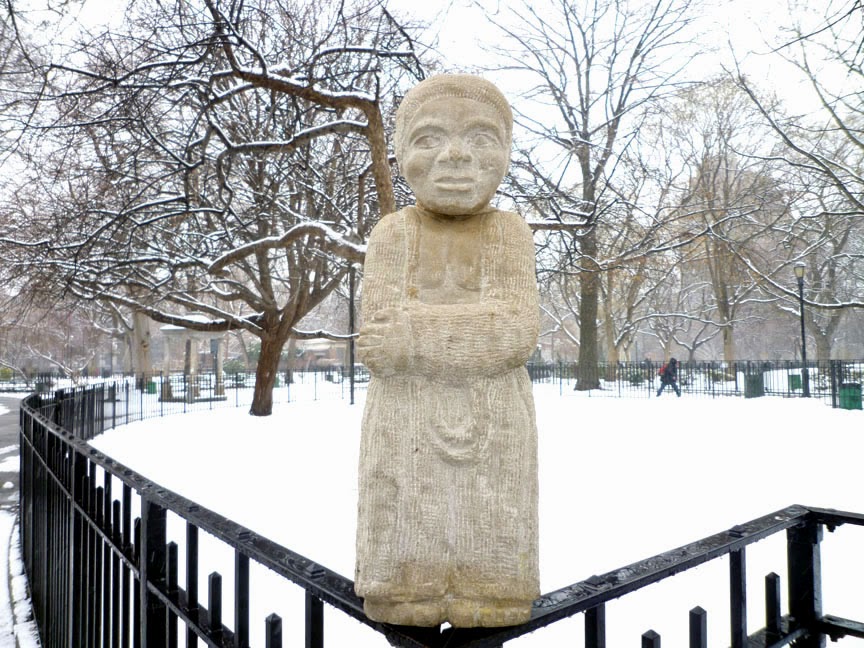 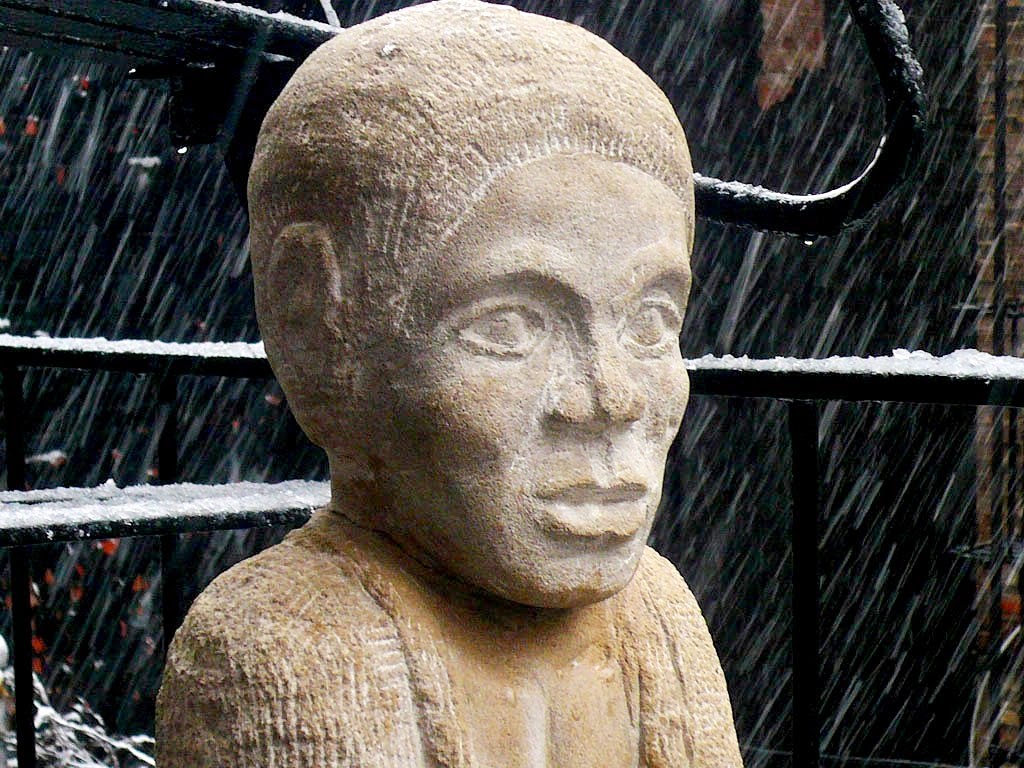 In this series, I set out to photograph form, from above
and below the streets. I juxtapose the static figure against
nature's elements and the movement of the iconic landscape. 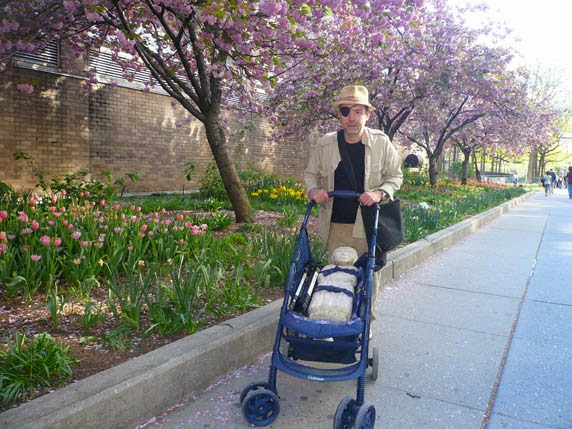 I carry 'Africa' up and down stair wells,
elevators and roll 'Africa' to various locations. 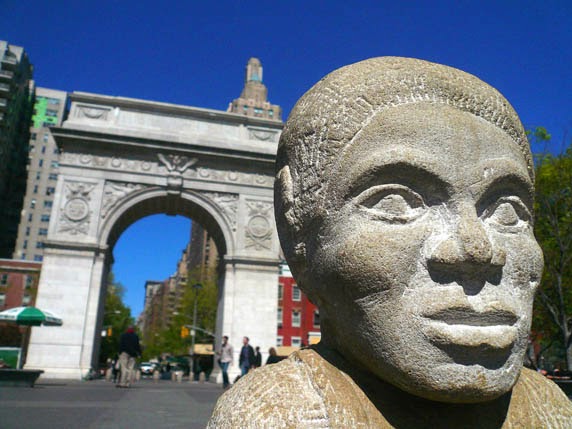 It has become an added benefit to raise awareness, foster a dialogue and advocate a swift resolution to ongoing conflicts on the African Continent today in 2014. 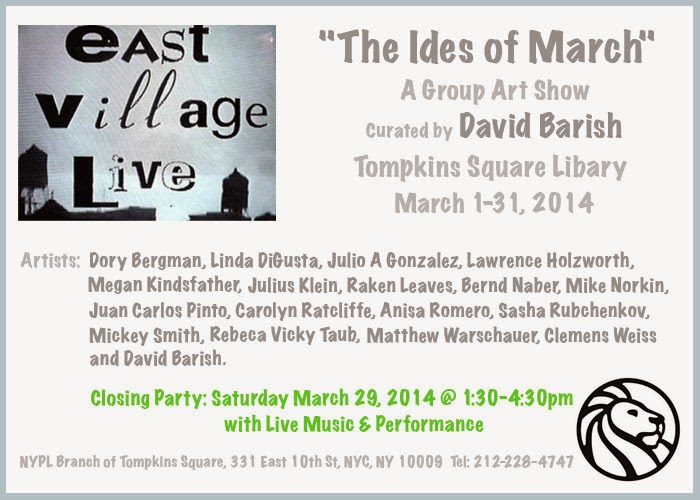 Posted by David Barish at 12:54 PM No comments: