On August 7, 2012, I attended a screening of "Beauty is Embarassing".
The documentary was written and directed by Neil Berkeley.
I came for a chance to see, hear and learn more about Wayne White.
White was a co-creator of Pee Wee's Playhouse, a surreal, morning TV,
comedy show, loved by kids and "counter culture" enthusiasts alike. 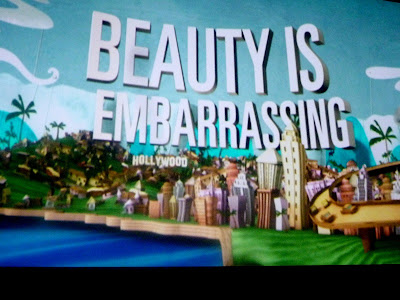 Berkeley and White take the viewer on a twisting, climbing roller coaster ride.
It's down home good, wildly entertaining and left me wanting to go on again. 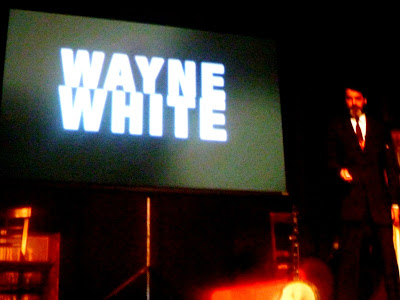 Raised in the mountains of Tennessee, Wayne White started his career as a cartoonist in New York City. He quickly found success as one of the creators of the TV show, Pee-wee’s Playhouse, which led to more work designing some of the most arresting and iconic images in pop culture. Most recently, his word paintings, which feature pithy and often sarcastic text statements crafted onto vintage landscape paintings, have made him a darling of the fine art world. 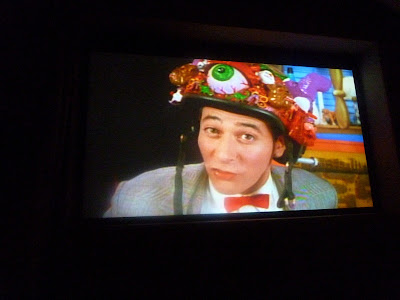 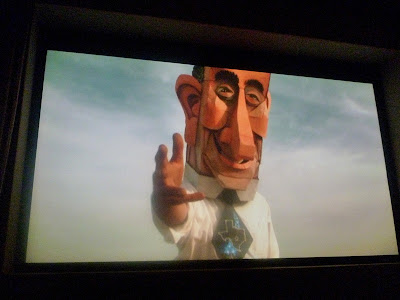 Wayne White's giant puppet face of 'LBJ" is in the documentary. 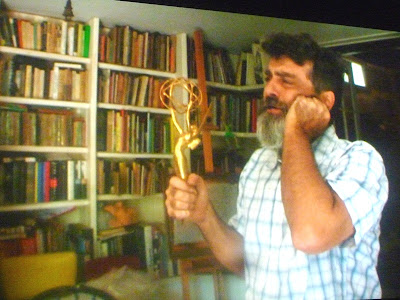 Wayne having a moment with one of his three Emmy's. 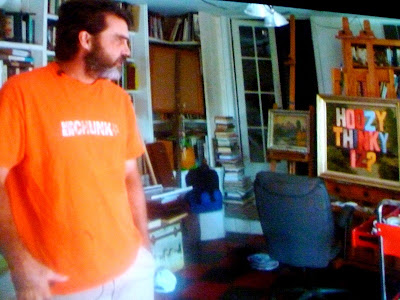 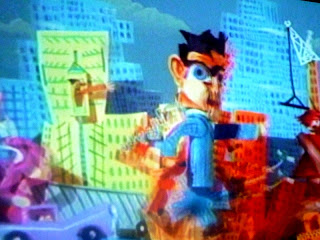 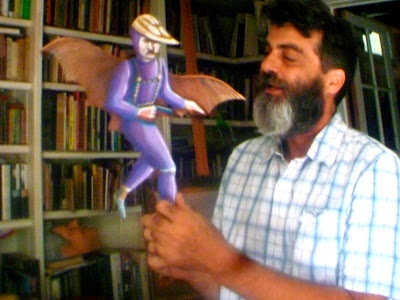 Wayne White is an American artist, art director, illustrator,
puppeteer and much, much more. 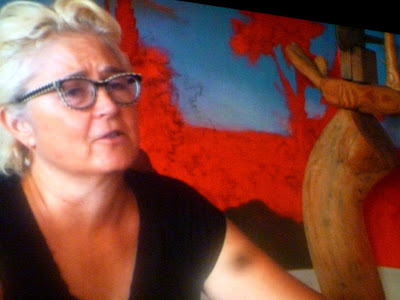 Mimi Pond is an artist, animator and Wayne White's wife and partner. 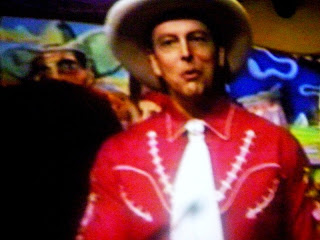 "Riders in the Sky" another program White worked on in LA. 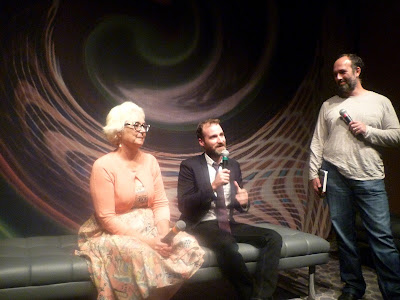